After the grip of the cartels begins to loosen, an immigrant Mexican family living in the United States is granted the chance to re-visit their hometown, the small farming community of Plateros, Zacatecas. The family returns to a community in which governmental corruption strikes distrust amongst the people,dictating the way in which they live day to day. Home of the Santo Nino de Atocha (Holy Infant of Atocha), who is believed to have guided local miners out of collapsed mines, the shrine stands as a testament to the irony displayed between hope and complacency in Plateros. Despite this, the concept of family challenges this notion and supersedes the separation brought on by these circumstances.

A distant friend searches for a means to an end.

A detached portrait of utilitarian architecture as it serves and houses static motion.

A short familial documentary shot in the observational mode. Here the camera acts as a vessel for which roles of tradition, cultural assimilation, and gender can be represented through the lives of two aging Mexican immigrants as they enjoy dinner together. 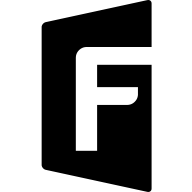